The local organizing committee and the ECS-council welcome three highly regarded experts as keynote speakers representing the theme of the conference.

All speakers will adress different aspects of the theme. 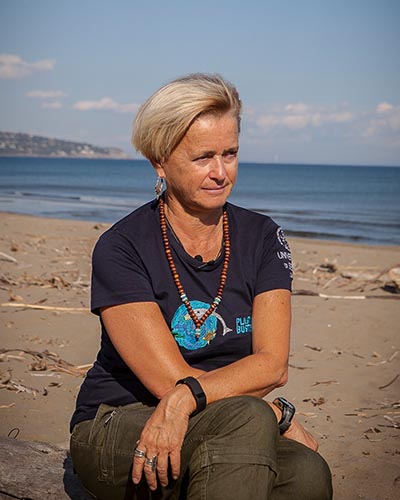 Maria Cristina Fossi is Full Professor of ecology and ecotoxicology at the University of Siena and since 2000 is Scientific Director of the Biomarker Laboratory (CIBM). She gave a key contribution to the development of the biomarker approach in terrestrial and marine ecotoxicology. Her research has focused on: development of ecotoxicological test in bioindicator organisms for off-shore and on-shore oil extraction (ENI-IT), evaluation of endocrine disruptors in marine species, assessment of cetacean ecotoxicological status in Mediterranean Sea, Gulf of California, Indian Ocean, investigation on presence and effect of macro and microplastics and plasticizers in Mediterranean ecosystems. Since 1991 she developed innovative diagnostic tools for ecotoxicological assessment of threatened species (marine mammals, birds, reptiles) bringing to the establishment of methods (non-destructive biomarker approach) currently acknowledged as golden standard at the international  level. Thanks to her work on skin biopsies, she is a world reference for the assessment of ecotoxicological risk in cetaceans. Since 2001 she published the first papers on effects of on Endocrine Disruptors in Mediterranean marine top predators and long-living organisms. In 2012 she provided the first evidence worldwide on the effects of microplastics on baleen whales. She is author or co-author of over 580 original papers (research articles, review articles, chapters, books and abstract to international confererences; H-index = 32). She was involved in the organization of more than 20 International Conferences and as Invited speakers in more than 40 Conferences.  She is involved in several international scientific organizations (e.g. Past-president of SETAC Italian Branch, International Whaling Commission, UNEP/MAP, etc) and Editorial activities (e.g. Environmental Pollution, Frontiers). Her lab has a central position for research on marine litter on Mediterranean Sea and a key role in the implementation of the EU MSFD at national level. She has been panel member for evaluation of projects for EU Commission and international institutions (eg: Barcelona Convention, MISTRA, CIEMS, UN-SDSN, UfM, etc). Since 2013 he has been the scientific coordinator of the "Plastic Busters" project, born as part of the United Nations Sustanaible Development and Solution Network (SDSN) and elected as Flagship Project of Mediterranean-SDSN. The project, which involves 15 Mediterranean Partners, is devolved to monitoring and mitigating the impact of plastics in the Mediterranean and has received the "label" in 2016 from Union for the Mediterranean (UfM). She is involved in intense scientific communication and dissemination activity (media, magazines, web, film – “A Plastic Ocean”) about the ecotoxicological effects of contaminants in the Mediterranean fauna and in particular on the emerging topic of the effects of microplastics in endangered species (particularly in the SPAMI Pelagos Sanctuary). During her scientific activities she has coordinated 26 national and international research projects  and she participates as PI at 64 research expeditions in the Mediterranean Sea, Chile, Argentina, Mexico and Australia.

Spyros Kotomatas - Co-Management: A Strategic Approach in the Conservation of Marine Mammals or an Act of Desperation? 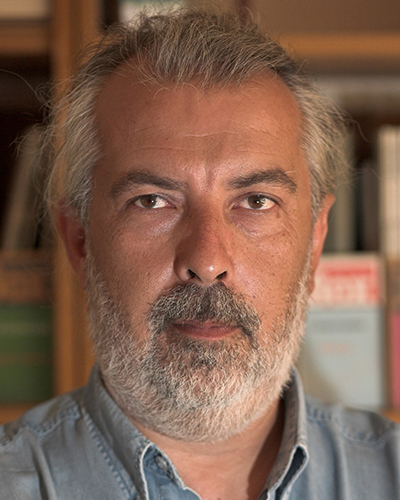 Spyros was born in Athens, Greece in 1962. At the age of 9 he decided that he wanted to become a biologist and study the ecology of cheetahs (Acinonyx jubatus) in Africa. Towards this goal, he studied biology at the University of Illinois at Chicago, where he continued to receive his PhD in population biology. His thesis work, instead of dealing with wildlife, was a laboratory investigation of theoretical population regulation models under unfavourable environmental conditions. Upon his return in Greece in 1991, he managed to work on endangered species, as the Scientific Coordinator of MOm, the Hellenic Society for the Study and Protection of the Monk Seal. In 2007-2010 he held the position of the Director of MOm. For the following 3 years he worked as an independent consultant on issues of nature conservation and environmental management. Since 2013 he is working for WWF Greece, as the Coordinator of the CYCLADES LIFE project, on the development of a new model MPA in the Aegean Sea. He has been involved in a variety of research and conservation projects in Greece and the Mediterranean and participated in a number of publications on the Mediterranean monk seal Monachus monachus. He has been especially involved in the design, establishment and operation of MPAs in Greece and in developing and implementing marine mammal conservation strategies. He is a member of various environmental societies and has served as a member of the National Committee for Protected Areas of Greece. 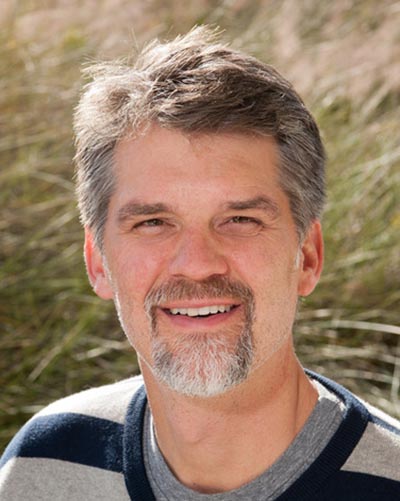 Nowacek is a University Associate Professor in the Nicholas School of the Environment and the Pratt School of Engineering at Duke.  He earned his bachelor’s degree from Ohio Wesleyan University and his Ph.D. from the Massachusetts Institute of Technology and the Woods Hole Oceanographic Institution.  Nowacek has focused on the bioacoustics and behavioral ecology of marine mammals for over 20 years, primarily cetaceans, and his work also includes technology development for marine conservation research.  In his joint appointments in the Schools of Environment and Engineering, Nowacek works to bring new technologies to compelling marine science and conservation research questions.  One of the current marine conservation issues that is an emphasis for Nowacek is ocean noise and its impacts on marine animals, particularly mammals but also fish and turtles.  Nowacek is also focused on ocean energy as a marine conservation issue.  Nowacek has authored or co-authored more than 80 papers in the peer reviewed literature, publishing in top journals such as Science, Nature, Proceedings of the Royal Society, and the Journal of Experimental Biology.