Killer whales of the Strait of Gibraltar, an endangered subpopulation showing a disruptive behaviour

The killer whales of the Strait of Gibraltar are considered distinct from other subpopulations in the Northeast Atlantic, based on studies of photo-identification data, mitochondrial DNA, microsatellite genetic markers, stable isotope ratios and contaminant loads. This small subpopulation, with a low number of mature individuals, depends heavily on an endangered prey species, the Atlantic bluefin tuna. Even though adult survival rates were estimated within levels known to be consistent with stable populations, long-term poor recruitment suggests an inferred decline in the future unless conditions improve. For these reasons, this subpopulation of killer whales were catalogued as vulnerable by the Spanish Ministry of Environment in 2011, which then published a conservation plan in 2017, and were assessed as Critically Endangered by the IUCN Red List in 2019. Typically in the Strait of Gibraltar the killer whales are observed either actively chasing tuna until exhaustion, or depredating tunas caught by long-line fishing boats. In 2020, a new disruptive behaviour was observed when some juveniles started interacting mainly with sailing vessels, however there were also some few cases with fishing vessels, RHIBs and catamarans. The whales were reported touching, pushing and even pivoting the boats, which in some cases resulted in damages at the stern, mainly on the rudders. In total, 45 interactions were recorded from July to November 2020 between the waters of the Strait of Gibraltar and north-west Spain (Galicia) including the coast along Portugal mainland. Although no interactions had been reported in December 2020, two new cases were recorded from January 2021 on the Atlantic coast of Morocco and the Strait of Gibraltar, highlighting the persistence of this novel behaviour through time. This confirms the urgent need for specific actions based on the international coordination between administrations, mariners and scientists to avoid any future harm to people, whales and boats. 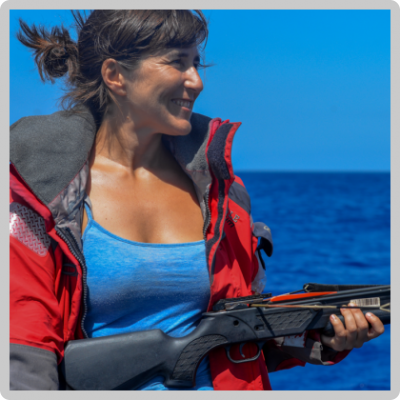