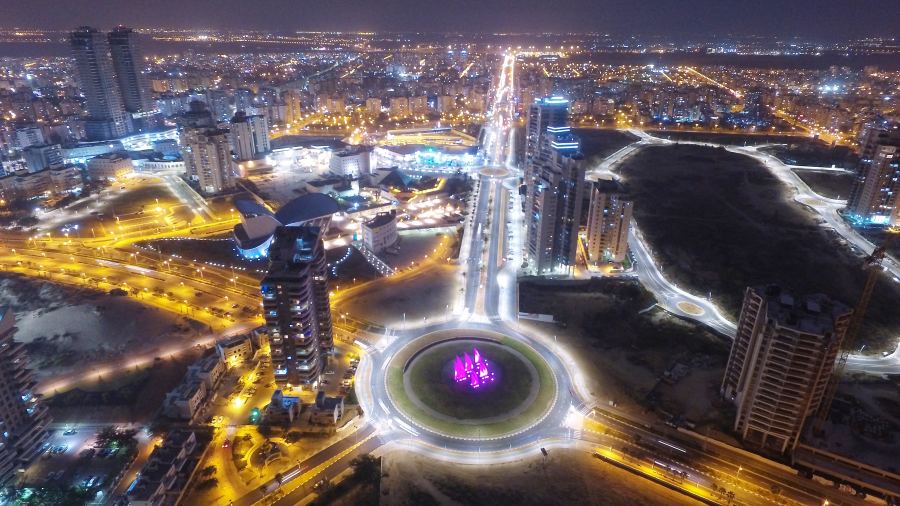 Ashdod is the sixth-largest city and the largest port in Israel, accounting for 60% of the country's imported goods. Ashdod is located in the Southern District of the country, on the Mediterranean coast where it is situated between Tel Aviv (32 km to the north), and Ashkelon (20 km to the south). Jerusalem is 53 km to the east. The city is also an important regional industrial center.

Modern Ashdod covers the territory of two ancient twin towns, one inland and one on the coast, which was - for most of history - two separate entities connected by close ties with each other. This article deals with these historic towns, including other ancient nearby sites, and modern Ashdod.

The first documented urban settlement of Ashdod dates to the Canaanite culture of the 17th century BCE. Ashdod is mentioned 13 times in the Bible. During its pre-1956 history, the city was settled by Philistines, Israelites, Greek colonists coming in the wake of Alexander's conquests, Romans and Byzantines, Arabs, Crusaders, and Ottoman Turks.

Modern Ashdod was established in 1956 on the sandhills near the site of the ancient town, and incorporated as a city in 1968, with a land area of approximately 60 square km. Being a planned city, expansion followed a main development plan, which facilitated traffic and prevented air pollution in the residential areas, despite population growth. According to the Israel Central Bureau of Statistics, Ashdod had a population of 225,939 in 2019, with an area of 47,242 dunams.

Ashdod is very welcoming towards tourists and you can find information about the city and its activities in the following link, along with an interactive map - https://visit.ashdod.muni.il/en/